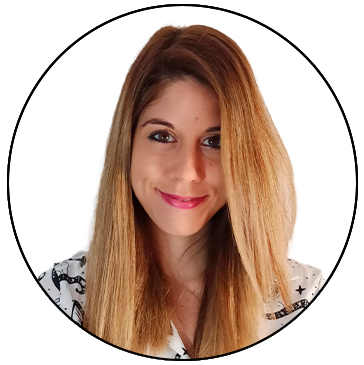 Graduated in Biotechnology at the University of Murcia (2010-2015) obtaining the Extraordinary Degree Award (2015). During this stage, she was an internal student of the Department of Biochemistry and Molecular Biology and Immunology of the University of Murcia for 3 years (2012-2015), where she obtained a Collaboration Grant for the analysis and characterization of human peritoneal macrophage populations in homeostasis and in decompensated liver cirrhosis and where he did his Final Degree Project analyzing the intracellular signaling of compounds derived from quinoxalines in a macrophage model. In 2013, she did a three-month stay at the Medical Research Council-Protein Phosphorylation & Ubiquitination Unit- University of Dundee (Scotland) with an Erasmus Internship grant, where she cloned and purified more than 40 proteins by different systems. In 2016, he completed the Master’s Degree in Research and Advances in Molecular and Cellular Immunology from the University of Granada (2016), obtaining honors in the Master’s Thesis on “Pre-clinical studies for gene therapy of Wiskott-Aldrich Syndrome: levels of expression in the megakaryocytic lineage ”, directed by Dr. Francisco Martin, director of Gene and Cell Therapy at the Genomic and Oncology Research Center (GENYO), in Granada. She is currently carrying out her doctoral thesis in said group thanks to a University Teacher Training (FPU) contract, for the optimization and development of new strategies based on chimeric antigen receptors (CARs) and is a collaborating professor in the Immunology department of the University of Grenade. She is the co-author of 14 publications and 2 patents in the field of immunology and cell-gene therapy.